It’s the season for our Wcctech’s best gaming headsets of 2022 list. Compared to last year, we reviewed fewer headsets, but the ones that we did review were all pretty great. We’ve also included some offerings from last year, as these as pretty much still among the best headsets available to date.

This list includes offerings from various brands for PS5, PS4, Xbox Series X|S, Xbox One, and Switch, with some of them being compatible with multiple platforms.

Selling for $349.99, this premium headpiece from SteelSeries doesn’t come cheap, so many players will be put off by the price. On the other hand, if you’re willing to spend this much money on a gaming headset, you’re rewarded with excellent sound and microphone quality, plenty of customization options, a hot-swappable battery, excellent comfort, Bluetooth connectivity, and a wireless base station which allows for simultaneous USB switching between multiple devices. This base station works like a charm and allows the headset to be used on multiple platforms without having to switch USB transmitters between different platforms.

Where to buy: Steelseries, Amazon 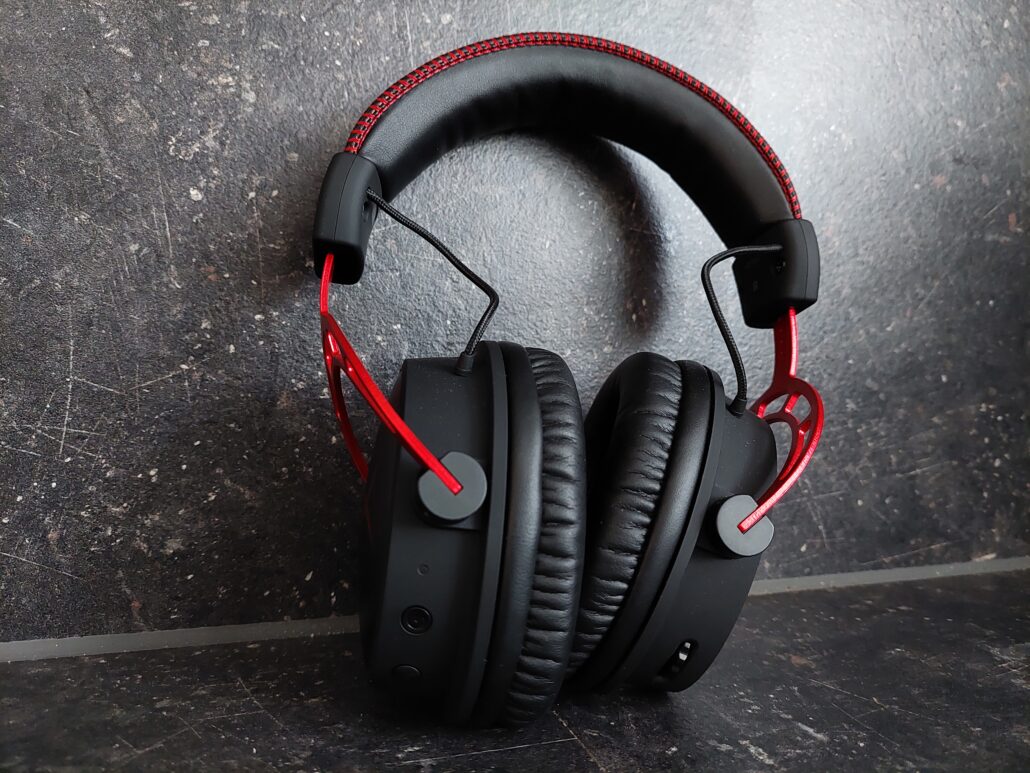 The one that rules them all when it comes to battery life is on this list – the HyperX Cloud Alpha Wireless with 300+ hours of battery life. But aside from unmatched battery life, what else are you getting for $199.99? For years, HyperX has been known as the peripheral brand that offers bang for the buck. Although some would argue that the offered value is less than previous outings from HyperX, the Cloud Alpha Wireless is a solid all-around wireless headpiece for PC and PlayStation players. While it might not be as versatile as rival offerings, the sound and build quality are spot on, and the new Cloud Alpha offers good comfort as well. Add that killer battery life, and you won’t be complaining about this one.

Where to buy: HyperX, Amazon

This one was on our list last year as well,  and we find that this well-priced wireless offering from Razer is still among the best in this price range. It’s basically on par with the solid SteelSeries Arctis 1 Wireless, but comes in lighter and supports USB-C charging. The Barracuda X is now available in three color variations (Mercury, Quarz, and Black), but the standard black version can often be found at a discount.

The battery inside this wireless offering will last for roughly 23 hours on a single charge, which is pretty good. The Barracuda X connects to anything with a USB-C port (except Xbox) and offers a good sound experience with plenty of separation. Comfort is excellent, even during long gaming sessions. Like last year, the Barracuda remains a solid pick for multiplatform gamers on a budget looking for a wireless headset.

Where to buy: Razer, Amazon

This one was on our 2021 list as well, but the quality and comfort that this headpiece offers in its price segment are still unmatched. The updated + models for Xbox and PlayStation platforms benefit from enhanced battery life, lasting over 30 hours on a single charge. Greatly versatile due to its USB-C wireless connection, these offerings connect to Nintendo Switch, PS5, Xbox Series X|S, and PC. Interestingly, the 7X version also works on PlayStation, whereas the 7P model doesn’t work on Xbox. Audio quality is great, with plenty of tuning options via the SteelSeries Engine software. Due to the iconic ski-goggle style headband design, the Arctis 7P/7X + offers superb comfort, even for those wearing glasses.

SteelSeries has recently added the new Nova line to its offerings, but the older 7P and 7X + models are just as great and can often be found as low as $120 USD.

Where to buy:  SteelSeries 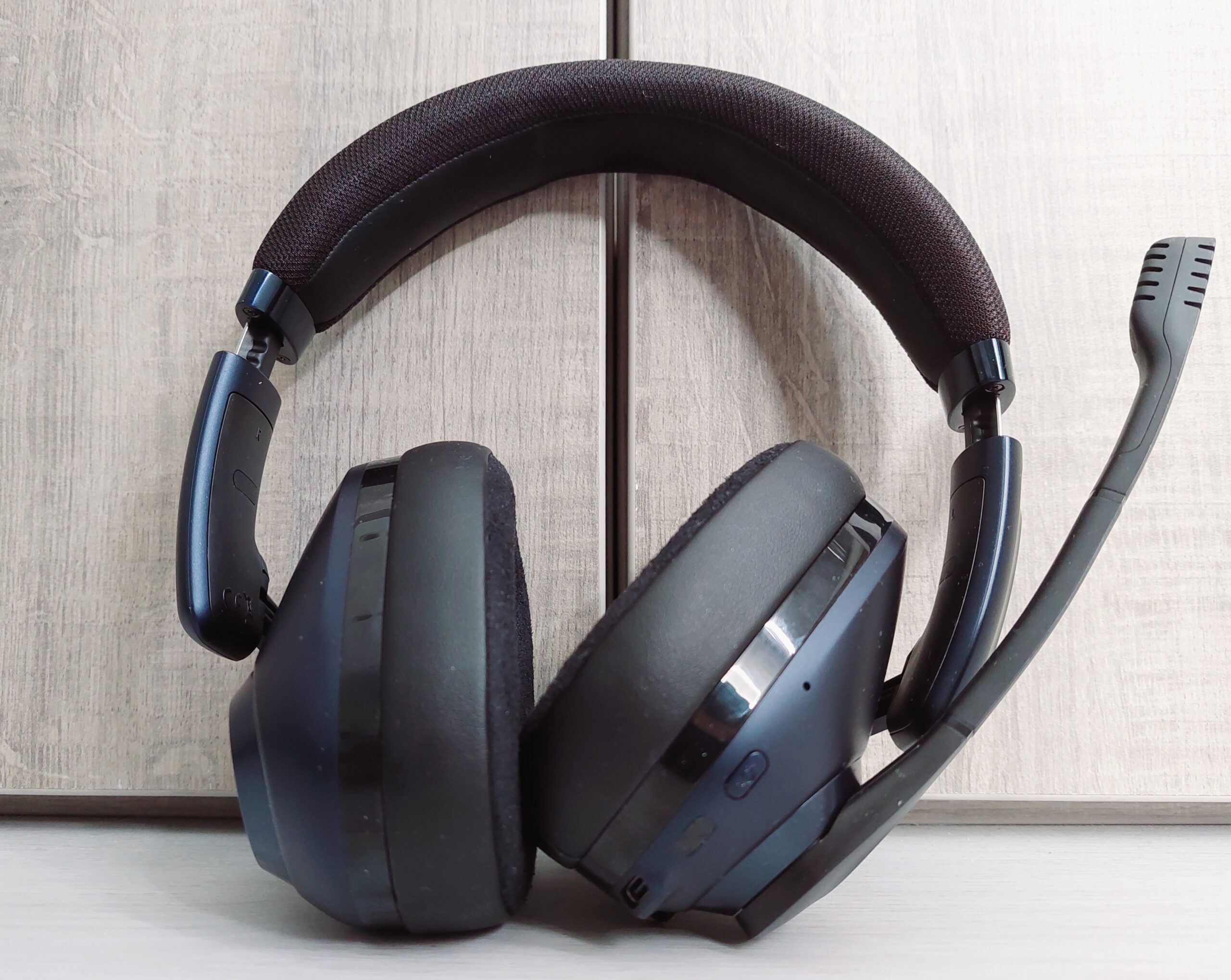 We’re sure you didn’t expect this one on this list. For many, EPOS is still an unknown brand for gaming headsets. The brand was introduced in 2020 after the joint venture of Danish hearing company Demant A/S and Sennheiser electronic GmbH & Co. KG ended. The EPOS H3PRO Hybrid was in late 2021 and wasn’t included in our list last year due to not having reviewed it just yet. We got our hands on a sample in June of this year and had plenty of time to test it out. Let’s start by saying that this premium wireless offering retails for $279.00 (although you’ll often find it on sale somewhere) and can be considered in the higher price range for a gaming headset.

The EPOS H3PRO Hybrid is a multiplatform wireless headpiece that connects to basically anything (either wireless or wired). It offers a great sound experience across the board and great comfort due to the use of various materials. In addition, the H3PRO Hybrid is one of the few gaming headsets that features an Active Noise Cancelling (ANC) slider to reduce background and surrounding noises. It doesn’t come cheap, but if you’re in the market for a somewhat distinct multiplatform wireless gaming headset, the EPOS H3PRO Hybrid might be a good choice.

Where to buy:  EPOS, Amazon

There you have it – our list of best gaming headsets of 2022. Let us know in the comments if you have any further suggestions!