One of the things I have always loved about beat ’em ups was that, as a genre, they’re a blank canvas. The formula is set, you just have to build the where, why, and how behind it. This lets the developers really go wild when making some of these games. As a child of the arcade heyday, I have fond memories of classic games like Final Fight and X-Men. But one element that always stood out to me was just how batshit crazy some of the boss designs were.

You could just tell that the developers wanted the biggest, weirdest thing to show up and make the players go “wow”, and it worked. It works so well in fact that decades later I’m here to tell you the top ten weirdest bosses in beat em ups. So put your quarter up and read ahead as we trip the light fantastic in front of the warm glow of the CRT. Let’s get weird.

A robot knight wielding a lance with some kind of fancy stand mixer affixed to his back stirring a demon pot while riding a two-headed snail monster. That is a sentence I am happy to be able to write. Ten-year-old me would have thought this was the coolest thing ever. In an alternate universe, I have this tattooed on my neck just above the scars from a shark bite. I have to give credit to the designer here. To take all these disparate parts and be able to create something cohesive yet so fantastic is a real credit to them and a testament to just how much fun these folks designing bosses back in the day. 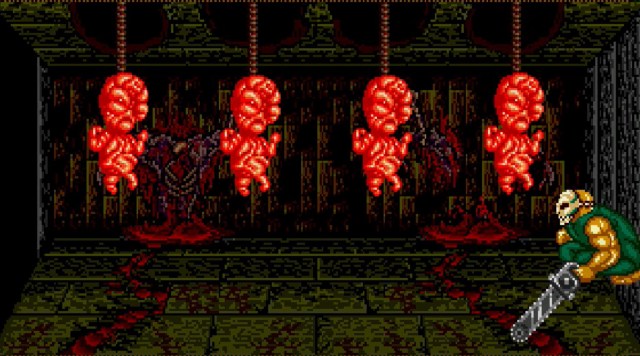 Splatterhouse was my first horror-themed beat ’em up and still an absolute favorite. A ‘roided out not-Jason Vorhees kicking the guts out of all manner of demons and monsters is just gaming catnip for me. There’s a lot to digest in a game like Splatterhouse but out of everything, the one thing I bring up every time I meet a fellow fan are the Blood Puppets. Here you go, here’s a room where fetus creatures hanging from ropes drop down from the ceiling and vomit green goo at you. And you’ll use a chainsaw to kill them. A bit cringey by today’s standards? Sure. But for the time, this was pretty hardcore stuff. Also, Blood Puppets is my Gregorian chant Meat Puppets cover band. Coming soon to a VFW hall near you. 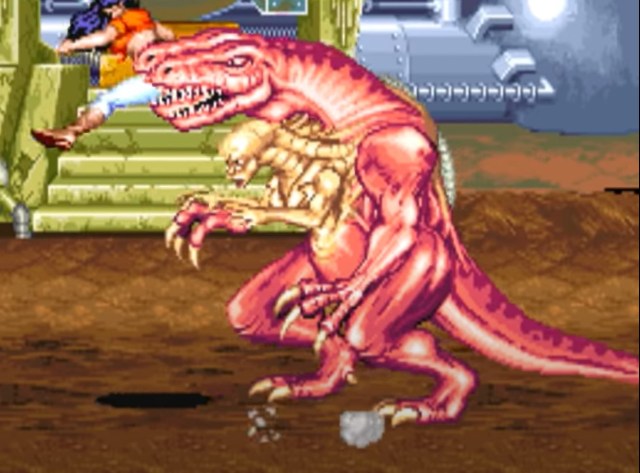 You can’t go wrong with a good final form. Feels like opening a Christmas present only the present wants to turn everyone into dino mutants and rule the world. The final boss of Cadillacs and Dinosaurs, Dr. Fessenden combined his intellect with the strength of the mighty dinosaur in what is basically a Kuato situation from Total Recall. There’s something about this one that just stuck with me. The rosy skin tone of the two-head dinosaur, the weirdly unpleasant, almost Giger-esque alien Fessenden body sticking out of the chest…it all just sings to me and makes for a delightfully weird boss. 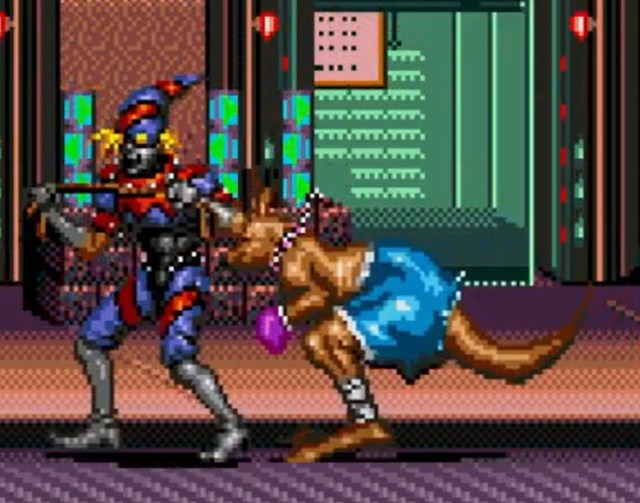 Take the unbridled terror of a clown named Bruce and throw in a kangaroo that has that underrated chimpanzee-type strength and could literally uppercut your head off and you have a boss that I know led to more than one exclamation of “WTF” way back when. Though I do love that you can unlock Roo as a playable character. I’m a big fan of unlocking bosses as characters in beat ’em ups. Felt like a cool reward for stopping a clown named Bruce from adding you to his flesh zoo. 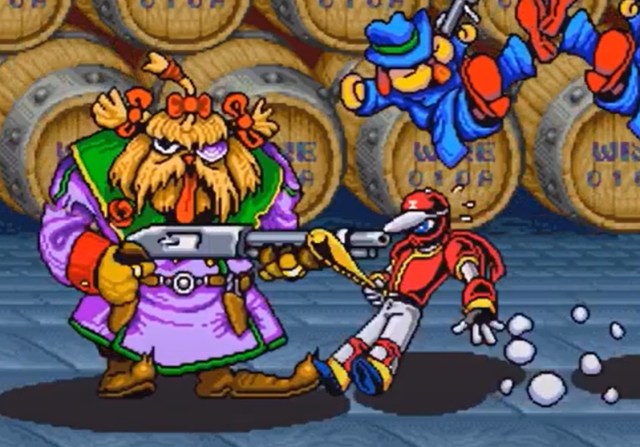 Have you ever seen a House Centipede? I hadn’t up until a few years ago. When I did, my brain couldn’t process what I was looking at. There was no mental point of reference for me to compare it to No image, no memory from a nature documentary, nothing that gave me the slightest clue how to categorize what I was looking at. My brain just went fuzzy, like playing a degraded VHS tape. That happened to me again looking at the Makeshift Villain. My first thought was oh, this is what happens when Jim Henson goes to his dark place. This looks like a mistake. An elemental flaw. Like the universe somehow got a splinter and the infection around it coagulated into this creature. I don’t think the shotgun is really necessary, either. Just have it speak the words of ending that are carved onto its heart and reality is made null once more. 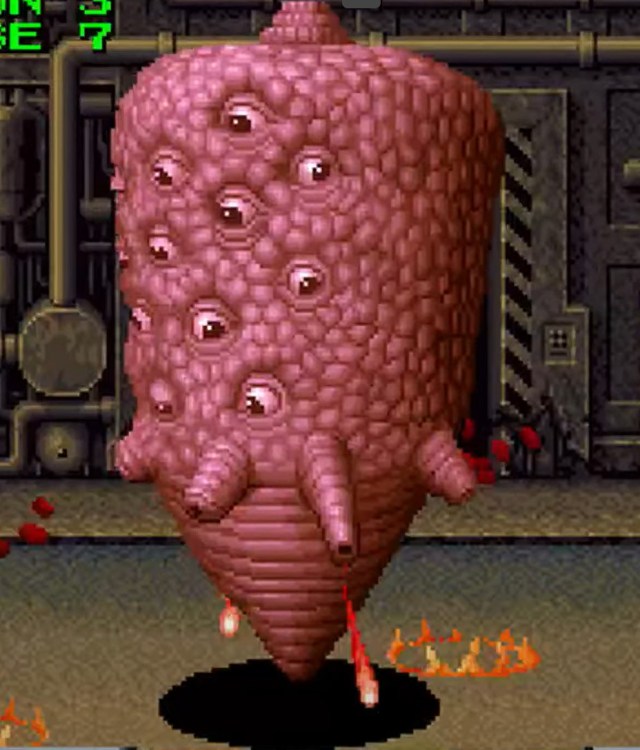 The third form for the General in Alien Storm is this flesh blender covered in eyes. Take me away to Margaritaville where my soul will be rendered down like fat to be rubbed into the folds of the Great One’s Destroyer form. This is just classic “weird boss” design. The first two forms pull in elements from Altered Beast and a bit from Splatterhouse with weird, elongated limbs and faces and everything is just wet skin. Then the third phase hits and it’s downright Lovecraftian. Fun times.

I showed this to Zoey Handley and she pointed out how it looks like a shawarma cone. You can’t unsee it. I am hungry and horrified in equal measure. I never had the chance to play this back in the day, but you bet your sweet bippy when I finally did, I did a mental slow clap when that third phase popped up. That is how you surprise the player with something insane and memorable.

What has two heads, three brains, and a face only a mother could love? It’s Mother Brain! Not to be confused with its Metroid counterpart, this Mother Brain is more Power Ranger villain, definitely more in the Megazord phase than anything Samus would contend with. I’ve always had a fondness for mecha designs that incorporate fleshy bits and three monstrous brains encased in glass covering the absolutely enormous robot body is just peak evil alien robot overlord design. Also, the dragon heads resemble ducks just enough to make me chuckle. It’s the type of weird fun boss 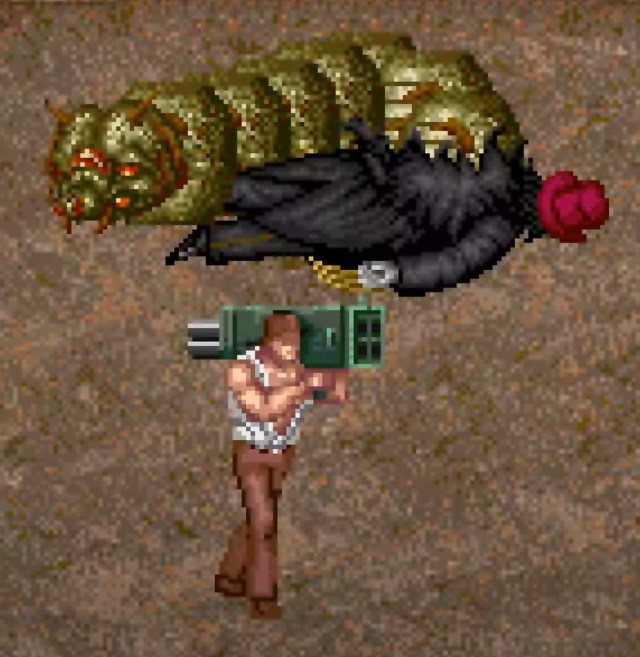 I had never heard of Growl until recently. It’s basically Indiana Jones as a forest ranger fighting a global poaching ring. Pretty standard issue stuff until you get to the final boss. He’s this hunched over figure with an evil clown face and claws who would definitely be at home in a Little Nemo comic strip. Okay, odd choice but sure. Maybe the developers had a bunch of ideas pinned to a board and threw a dart. But after you beat the clown man, he falls over and a giant caterpillar bursts out of his back. You find out that this giant caterpillar is the actual final boss and was controlling the poachers.

Holy shit, what a reveal. Completely out of left field and I am grinning like an idiot. Also, it’s nice to see caterpillars get some villain love for once. Everyone thinks a centipede is creepy, but no one is afraid of a caterpillar. This shows they can be scary too! All in all, if this was just some dart hitting the right place on a board, then I couldn’t be happier. 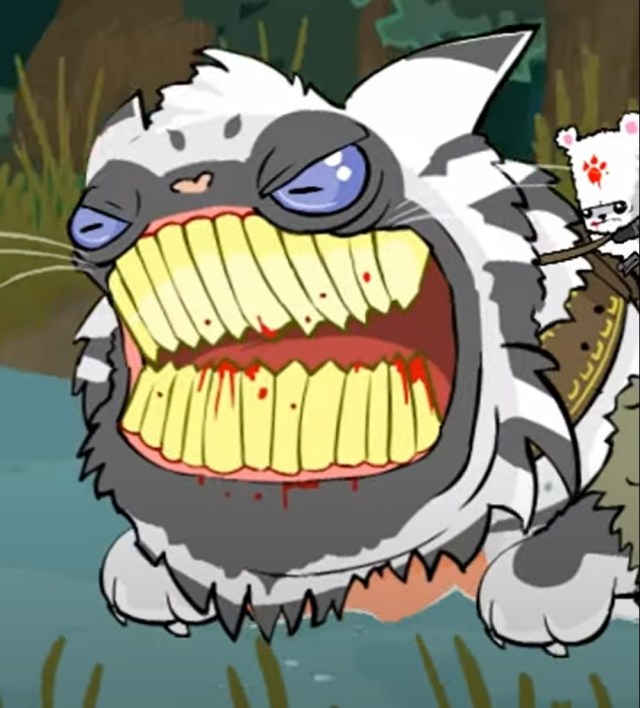 Castle Crashers nails it on so many levels and I genuinely had to think on which boss I wanted to pick for this list. While the Corn boss is a favorite of mine, there’s something about the Catfish with its cute yet menacing qualities that made me select it. I think it has to do with the teeth. As the resident expert on all things obscura dentata, I can say with confidence that those long, yellowed horse-like teeth and beady frog eyes stay with you, begging you to ask the unanswerable question, “Why?” The world remains silent. 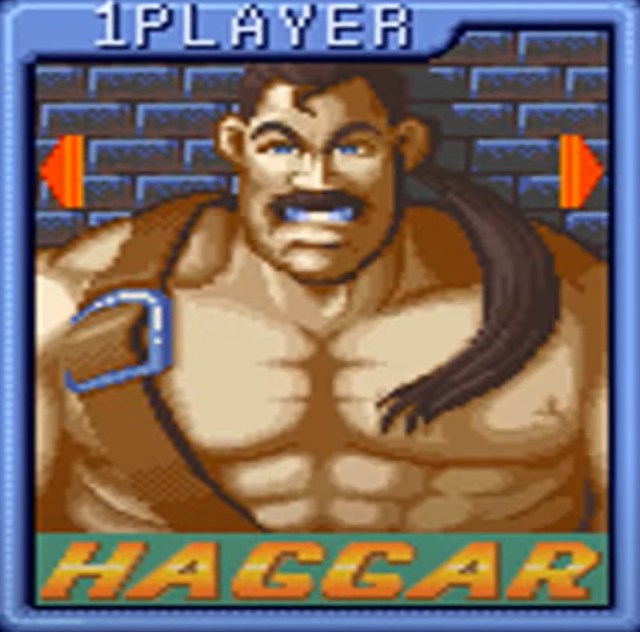 Okay, I know he isn’t a boss but humor me. Just look at it. This is anathema to a harmonious universal existence and a roadblock to a better world. I don’t know what character designer thought Mike Haggar went into business running a reptile booth at the Jacksonville Gun and Knife Show but in this house, Mike Haggar does not have a ponytail.

Industry and technology committee will conduct a second review on Rogers-Shaw merger: report