What channel is Patriots vs. Broncos on today? Time, TV schedule for postponed Week 6 NFL game 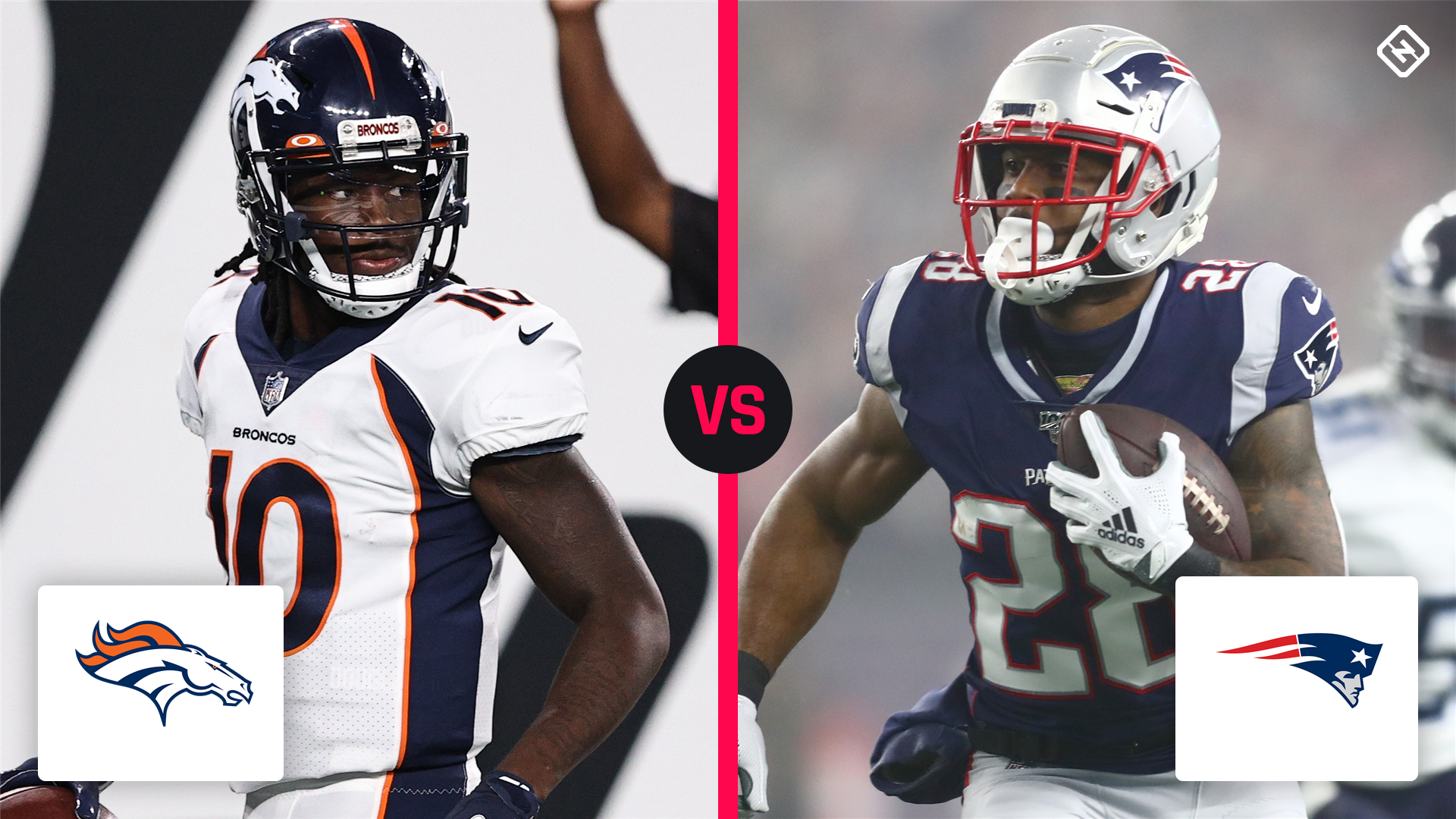 It’s taken a little longer than expected to get there, but New England and Denver are finally scheduled to meet in a postponed matchup that can be seen on CBS. The game was originally scheduled to take place in Week 5, but was moved to Week 6 due to COVID-19 concerns.

The Patriots (2-2) are in extremely uncharted territory for Bill Belichick as his team is on the verge of falling below .500 throughout the first five games of a season for the first time since 2001. Originally New England would have been without Cam Newton and reigning Defensive Player of the Year, Stephon Gilmore due to the coronavirus, but both players returned to practice this week following negative tests. New England’s defense is always one of the best, and limited the Chiefs to their second-fewest points in the Patrick-Mahomes era (19) when the Patriots last played in Week 4.

Denver (1-3), is one of several teams this season ravaged by injury. The Broncos will be without their best defensive player Von Miller and possibly starting quarterback Drew Lock. Rookie Brett Rypien got the first start of his career in Week 4 against the Jets, throwing for 295 yards, two touchdowns and four interceptions. Lock has practiced in the week leading up to the game, and his availability would go a long way into pulling the upset.

This is the third-straight game the Patriots have played an AFC West opponent. New England won its most recent meeting with Denver, a 41-16 victory in November 2017.

Here’s everything you need to know to watch the Patriots vs. Broncos game on Sunday, including kickoff time, TV channels and a full Week 6 NFL schedule.

What channel is Patriots vs. Broncos on today?

Kevin Harlan and Trent Green are on the call, joined by Melanie Collins as the sideline reporter. Gene Steratore is the rules analyst, and Jason La Canfora is the insider for CBS games.

In Canada, viewers can watch Patriots vs. Broncos on DAZN, which has rights to every NFL game.

Patriots vs. Broncos is scheduled to start at 1 p.m. ET, one of four regional early games on CBS. Most of the West and New England region will have access to the game on CBS. The rest of the country will have access to Cleveland vs. Pittsburgh, Houston vs. Tennessee or Baltimore vs. Philadelphia.

Norovirus: Wash hands with soap and water to prevent the winter vomiting bug

Why Hyundai Motor swung to a quarterly loss