What To Learn To Get A Job As A React Developer 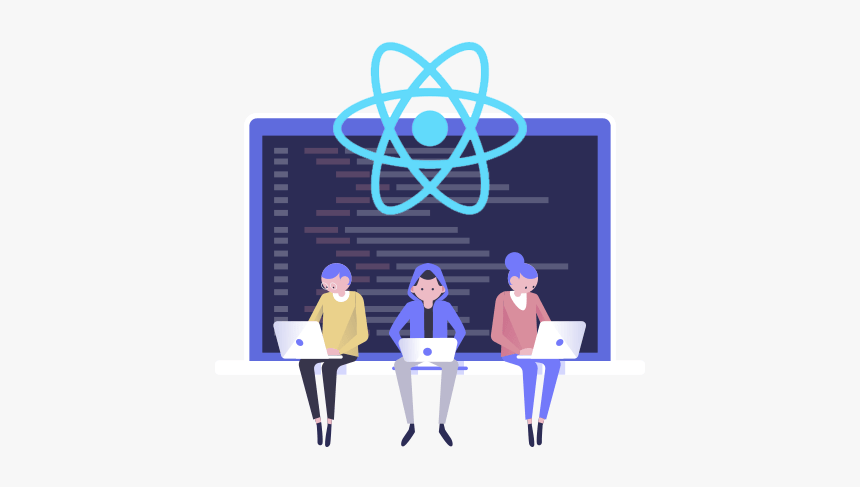 Hello to everyone who has joined the IT world! Frontend is one of the most dynamically developing areas of modern development. Unsurprisingly, it is overgrown with many tools, libraries and frameworks to help you get started in development. There is a common requirement in programmer search advertisements to be able to work with React. Sometimes employers expect React knowledge not only from front-end developers, but also from back-end developers. Why is this library so popular, what you should know as a React developer, what are the prospects of React according to experienced programmers? Read the answers to these and other questions in the article ‘What to Learnt to Get a Job as a React Developer’. Let’s start from the beginning!

React is a JavaScript user interface (UI) library created by the Facebook developers. The library began to be used on the site of this social network in 2011. And in 2013, Facebook opened the source code for React. With React, developers create web applications that change display without reloading the page. This allows applications to quickly respond to user actions, such as filling out forms, applying filters, adding items to the cart, and so on. React is used to render UI components. Also, the library can fully manage the frontend. In this case, React is used with state management and routing libraries such as Redux and React Router. One of the key features of React is its versatility. This library can be used on server and mobile platforms using React Native. This is the Learn Once, Write Anywhere principle. Another important feature of the library is declarative ness. Using React, the developer describes how the interface components look in different states. A declarative approach shortens the code and makes it understandable. React is component-based, which is another key feature of the library. Each component returns a part of the user interface with its own state. By combining the components, the programmer creates a complete web application interface. An important feature of React is its use of JSX. This is a JavaScript syntax extension that is useful for describing an interface. JSX is similar to HTML, but it is still JavaScript.

What technical skills do employers want to see? Although we are talking about a narrow specialization – React developer, nevertheless, it is still the same Frontend developer. Therefore, he should have all the general knowledge that a modern Frontend developer has: good basic knowledge of JavaScript, HTML and CSS. If we reveal in more detail what it means to know JavaScript, we will get the following recommendations: knowledge of versions, syntax and API of different versions of JavaScript (ECMAScript); knowledge of new standards and capabilities (from ES5 to ES2017 +); understanding the features of V8, know what and how the DOM, CSSOM, Event Loop work; knowledge of JS API: from WebSockets and PWA to WebRTC; knowledge of how browsers work, and features of different browser engines. Experience with at least one or more frameworks (in our case, React is given priority). Knowing at least a minimal level of Node.js to run tools. Experience in server-side Node.js development is a good plus. Testing experience (from Unit tests to e2e tests) will also be a good plus. Although React is positioned as a library, it is not used in its pure form. As a rule, this is a whole set of auxiliary libraries and tools. A modern React developer uses the following kit: React, Redux, Webpack – this is a basic minimal kit. Additionally, many auxiliary libraries and tools can be used from LoDash and Immutable.js to CSSinJS, JSS and others. It is desirable for React developers to have a higher technical degree, but not required. If we are talking about vacancies of a React developer, then it depends on the level of the required specialist. An experienced one, of course, should have at least 2 years of experience in React. If we talk about juniors, then the experience of working with any framework (even at the level of “studying for myself”). As a rule, the main requirement is to know the basic things well: JS, HTML and CSS. Understanding how the Internet works (what is HTTP and how it works, what is HTTP / 2), and basic algorithmic training. A framework is just a tool that may be outdated or not at all useful in a particular case. You cannot think only in terms of frameworks. You need to broaden your horizons and be well versed in basic things. Yesterday was React, today is Vue.js, and tomorrow it can be native WebComponents. Frameworks are born and die. And the basic things remain.

Learning React – How and Where to Start? In my opinion, learning React requires a certain level of technical knowledge and programming skills. You can’t just dive into assuming others can learn React quickly, you can too. There is no such thing as “fast” in learning, or maybe I’m wrong. Small, tiny projects are a great way to learn new languages ​​or libraries. Don’t start learning React by copying large projects like Yelp. Giant tutorials will only teach you how to “copy and paste” the code, only sometimes you will be able to apply the knowledge gained. Even making a list of tasks can’t always help you make the right choice if you are going to create something for the first time. It all depends on yourself. In general, learn one technology at a time and accumulate knowledge. Get a good grasp of JavaScript, then start learning React until you can create components so that they “talk” to each other. No matter what level of knowledge you have, there are things that are best avoided. Avoid posts containing a lot of information about different technologies such as React, Redux, Routing, Express, Webpack. The sheer amount of information can be confusing. It’s like that old question: “How to eat an elephant?” – At a time, but piece by piece. Also, you don’t need to customize your Webpack build to build something using React. To create a project, use the ready-made utilities from Facebook (Create React App), and then dive into learning how to create various components.

Did you solve it? Prisoners and boxes | Mathematics

I propose to move on to the plan that I created for the gradual learning of React:

After reading the article ‘What to Learnt to Get a Job as a React Developer’, let’s focus again on the key messages: