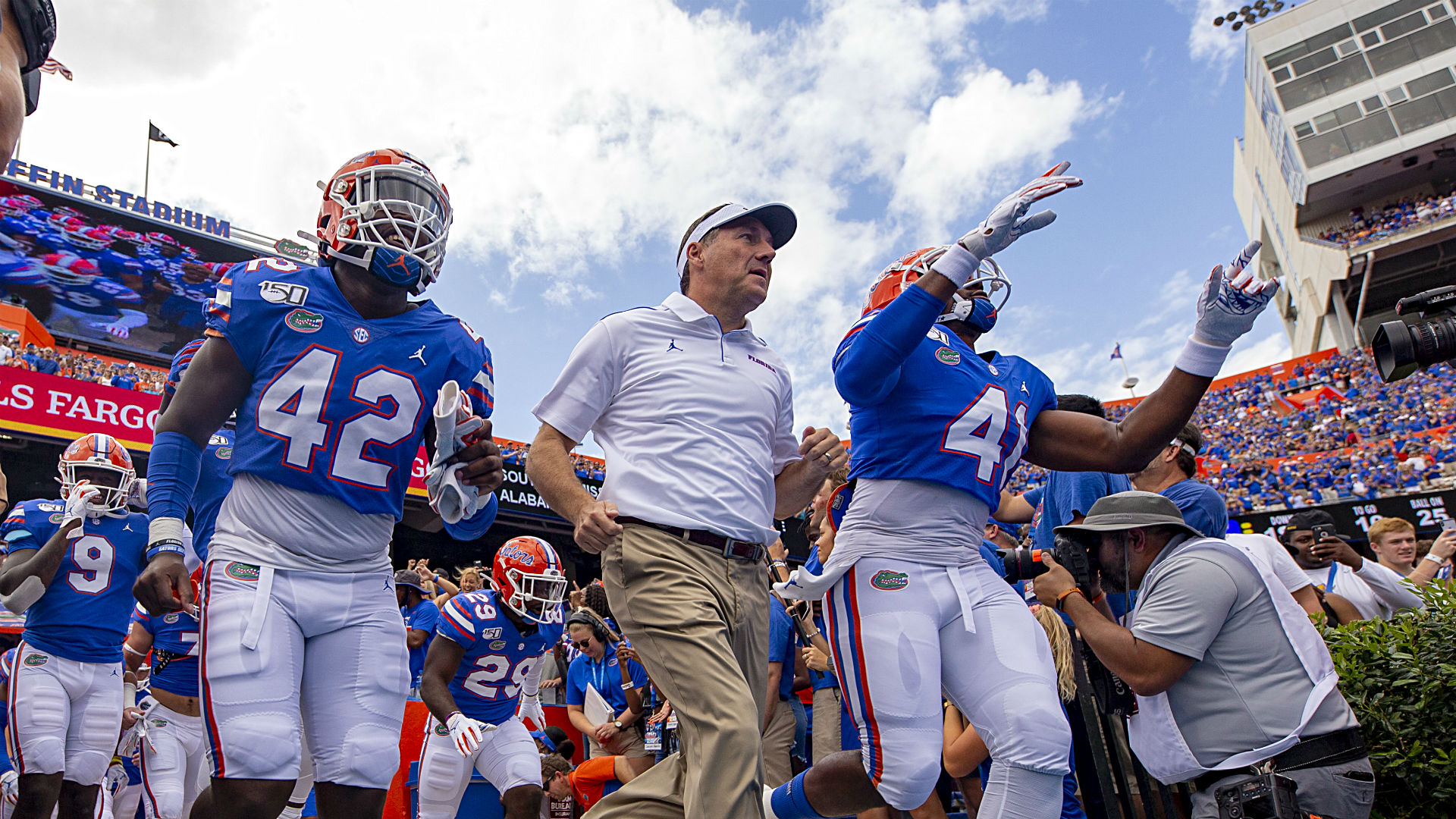 Yet another college football game has been postponed because of the COVID-19 pandemic in 2020: this time, the traditional SEC cross-division rivalry between LSU and Florida.

Both schools on Wednesday announced the postponement of their Week 7 game on Saturday. The SEC has scheduled a tentative makeup date for Dec. 12 in Gainesville, Fla. — one week after the end of the regular season and one week before the conference’s championship game.

Saturday’s cancellation stems from an outbreak among the Florida football team: Per a release from the team, the Gators have suffered an increase in positive tests among players, coaches and staff members. The announced number of positive tests by players was 21, bringing Florida’s roster below below the SEC’s minimum 53-player threshold.

MORE: Every Power 5 game postponed because of COVID-19 in Week 7

“Among our scholarship players, we have 18 current positives,” Florida athletic director Steve Stricklin said in the release. “We have another three walk-ons who are positive, so a total of 21 current team members, and when you add in those who are quarantined through contact tracing as a result of those positives, in addition to a handful of players who are on the non-COVID injury list, it gives the Gators less than 50 scholarship players available currently.

“Fortunately, all those who are positive in this instance, including some coaches and some football staff, they seem to be either asymptomatic or only experiencing mild symptoms so that’s obviously a positive right now and hopefully they’ll continue to not have more severe symptoms.”

Wednesday’s announcements followed a Tuesday news release that Florida was postponing all football activities “in an abundance of caution” because of rising COVID-19 positives. The team initially announced five players had tested positive, though AlligatorSports.com reported that number was actually 19.

Three days earlier, Florida coach Dan Mullen called for the Gators to pack The Swamp with 90,000 fans after the team’s 41-38 road loss to Texas A&M. Florida Gov. Ron DeSantis on Oct. 8 released all restrictions for Florida sports teams, though the university later announced that it would continue to operate at 20 percent capacity.

With the announcement, the SEC now has two games postponed because of the coronavirus after Missouri-Vanderbilt was postponed on Tuesday. In all, six Power 5 games and 23 FBS games have been canceled in 2020 because of COVID-19.

That said, both Florida and LSU have byes remaining on their respective 2020 schedules: the Gators on Oct. 31 and the Tigers on Nov. 7. Below are their remaining games for the season: