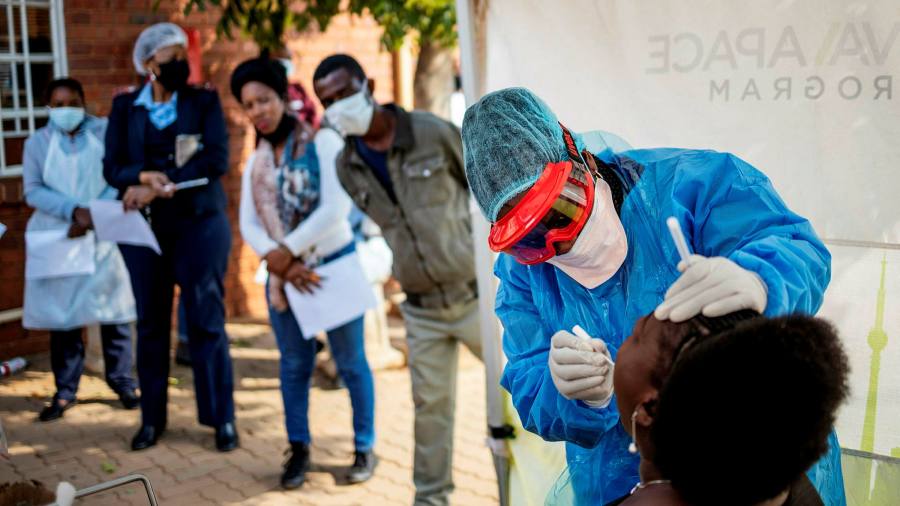 The World Bank has piled pressure on commercial lenders to defer debt repayments owed by emerging economies as the impact of the coronavirus pandemic threatens to plunge them into a “lost decade”.

The body’s managing director David Malpass said he was “frustrated” that some countries could cut back spending on health and education to meet debt repayments, creating a long-term drag on their economic prospects.

“There is a direct connection between debt service, which takes money away from countries, and the urgent need for resources to address health, education and investment in human capital,” Mr Malpass said.

Emerging economies need to reduce their overall stock of debt, not simply extend maturities or defer interest payments, he warned: “In the past when there has been a wave of debt, countries go through a long [period] of austerity and decline that creates a lost decade. I’m trying to avoid that.”

As the pandemic spread across the world this spring the G20 group of leading economies allowed the world’s poorest countries to defer repayments due this year on government-to-government loans. The debt service suspension could next month be extended into 2021 at the annual IMF and World Bank meetings.

So far 42 countries have used the initiative to request payment deferrals amounting to about $5.3bn, less than half the amount that was eligible according to World Bank data.

Mr Malpass called on governments including China to put pressure on their domestic creditor institutions to renegotiate debt agreements.

“It’s not just China although China is one of the key creditors. It has many institutions that have made loans, many of which are not participating in the debt initiative,” he said.

Although the initiative calls on beneficiary countries to request similar treatment from commercial creditors, several countries including Pakistan, Benin and Rwanda have voiced concerns that asking banks and bondholders for relief would reduce their ability to borrow in the commercial markets. So far, no country has publicly asked for private sector involvement.

Meanwhile, governments in emerging economies have borrowed more than $100bn on international bond markets since the start of April, according to the Institute of International Finance.

The World Bank is seeking to increase the amount of cheap lending it offers to the world’s poorest countries, but Mr Malpass warned that without restructuring debts owed to commercial creditors, additional lending would be diverted from domestic social programmes to foreign interest payments.

“It’s not as effective when those resources simply go out to creditors that are charging a high interest rate,” he said. “We would like to provide resources but the debt burden is so large that it would cancel out the benefit we would be providing.”

Mr Malpass also emphasised the importance of bringing greater transparency to emerging economies’ borrowings, citing concerns about costly and confidential agreements with private creditors in countries including Ecuador, Angola and the Democratic Republic of Congo.

52 Years Ago, Thelonious Monk Played a High School. Now Everyone Can Hear It.