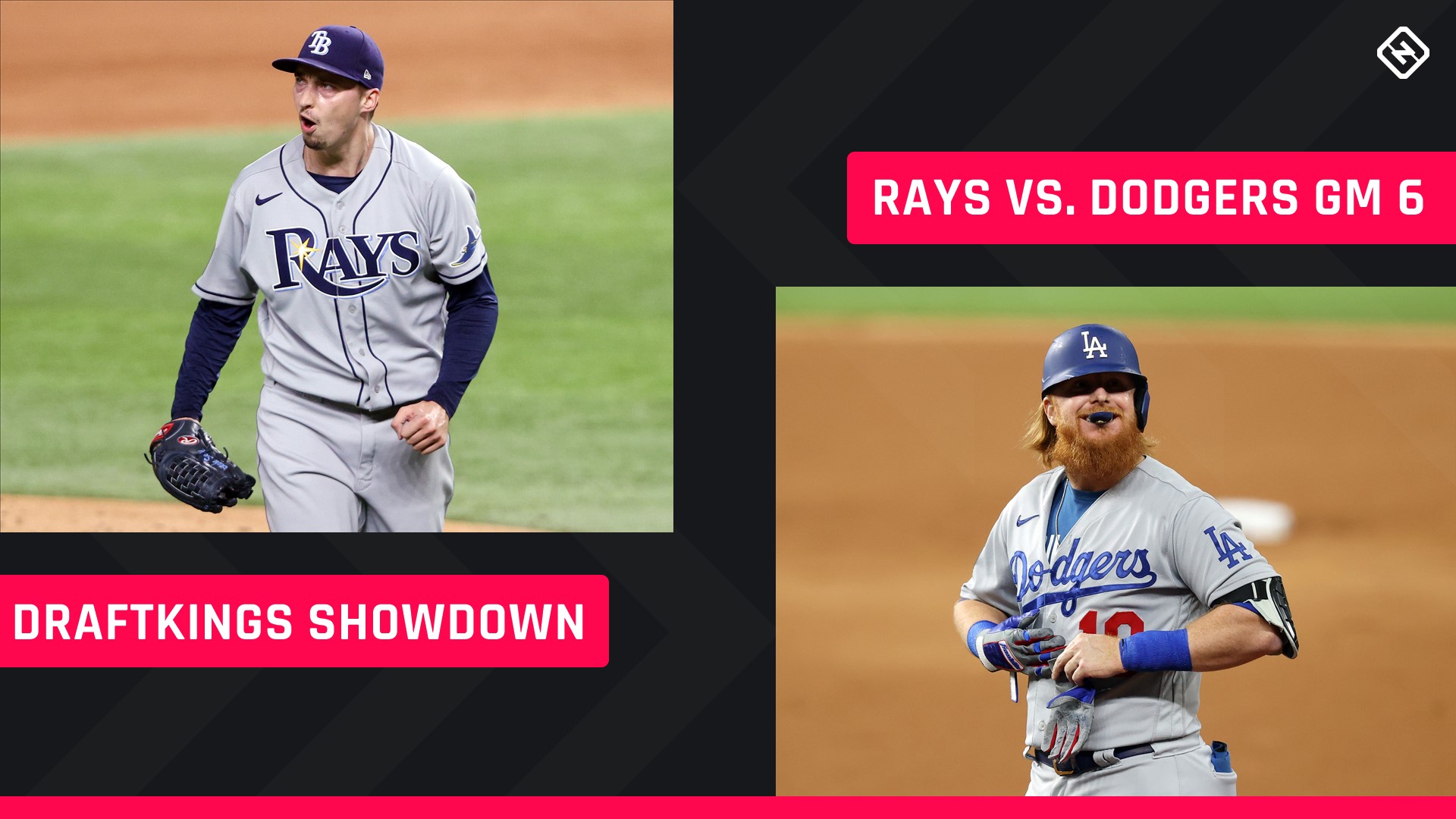 The Dodgers can clinch the 2020 World Series against the Rays in Game 6 on Tuesday night. But with Blake Snell going for the Rays, Tampa Bay has a chance to extend the series to a deciding seventh game. That’s the scenario we’re betting on in our Game 6 DraftKings Showdown lineup.

Snell threw four no-hit innings in Game 2 before becoming a bit unraveled in the fifth. The Rays will need everything they can get out of Snell, so instead of fading pitcher, we’re embracing the position in this lineup. Using Tampa Bay’s pitcher means picking fewer Dodgers, which could certainly backfire, but that’s the route we have to take if we’re playing Snell.

To play Snell and not have a totally terrible rest of lineup, we have to try Zunino in the captain slot. Zunino was clutch for Tampa Bay earlier in the postseason but hasn’t been so far in the World Series. He’s due to run into one, possessing some of Tampa Bay’s best power to go with questionable contact ability. You can also fit Austin Meadows here in a possible alternate-lineup construction, but Meadows will likely be pinch-hit for the first time the Dodgers bring a lefty out of their pen to face him.

Snell broke 20 DK points in Game 2 despite not making it out of the fifth, in large part due to his nine strikeouts. The Dodgers aren’t immune to striking out against good breaking stuff, especially with a lefty-heavy lineup against Snell. If Snell can approach double-digit Ks, playing him will have been worth it.

Arozarena now stands alone with more postseason home runs than any player has hit in a single postseason (nine). If Tampa Bay is to stay alive, it will need Arozarena to continue to rake in the heart of its order.

MORE: Who is Randy Arozarena?

Turner is coming off an 0-for-4 Game 5, which could lead some people to use other Dodgers. But we can look at Turner’s huge games earlier in the series to know he’s worth counting on in the L.A. three-hole. Without having enough salary to play Mookie Betts or Corey Seager, we at least need a piece of that L.A. top three.

These last two plays are very vulnerable to being taken out for pinch-hitters to gain a late-game platoon advantage, so hopefully they do damage early. Hernandez runs into one now and again against lefties, and he worked a walk against Snell in Game 2.

If the Rays stay alive, it could be in part because Meadows finally breaks out of a season-long slump. He should hit near the top of the order against righthander Tony Gonsolin, and it’s only a season ago that Meadows hit 33 home runs. All we’re asking for is one.