In the recent Astro City: That Was Then #1 Special, Kurt Busiek and Brent Anderson previewed their upcoming non-Astro City graphic novel The Gods On Sunday Morning, stating “while it’s not set in the world of Astro City, it’s still the kind of thing we think Astro City readers will like. It takes a similar approach to a different genre — telling a story about Manny, an ancient and nearly-forgotten god, who lives in a crummy motel in Los Angeles, dreams about the old days when he had real power and made a difference in the lives oF his people, and gets together every Sunday with a few other forgotten gods to have breakfast in the ghost oF a classic diner. No superheroes here, but we’re still telling a story about the humanity within the superhuman (the supernatural, in this case), and we’ve got the whole team working on it — me, Brent, Alex, Alex, Rich * Tyler. And I don’t know if I’d trust the guy writing the story, but the artwork is looking beautiful. We’ll run a Few pages after this text page, so you can get a sneak peek. We’re closing in on Finishing Gods —though we stopped to do That Was Then… — and as soon as it’s done, Image will publish it, while we’ll roll right into the next phase of Astro City.”

Well, now we know when, The Gods On Sunday Morning will be published by Image Comics on the 3rd of May, 2023.

Immortality isn’t all it’s cracked up to be. Meet Manny, an ancient, near-forgotten god living in a crummy motel in L.A. It’s not much of a life, for him or the other forgotten gods he meets for breakfast every Sunday. But something’s brewing, something that will change the gods’ destiny forever…or end it. The award-winning ASTRO CITY creative team brings you their first original graphic novel, a contemporary fantasy that does for mythology what ASTRO CITY does for superheroes. 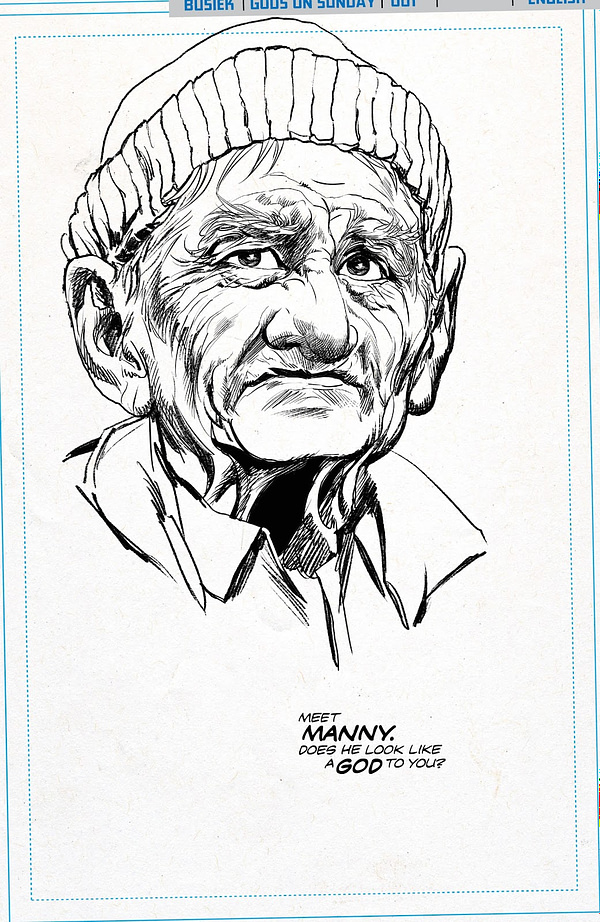 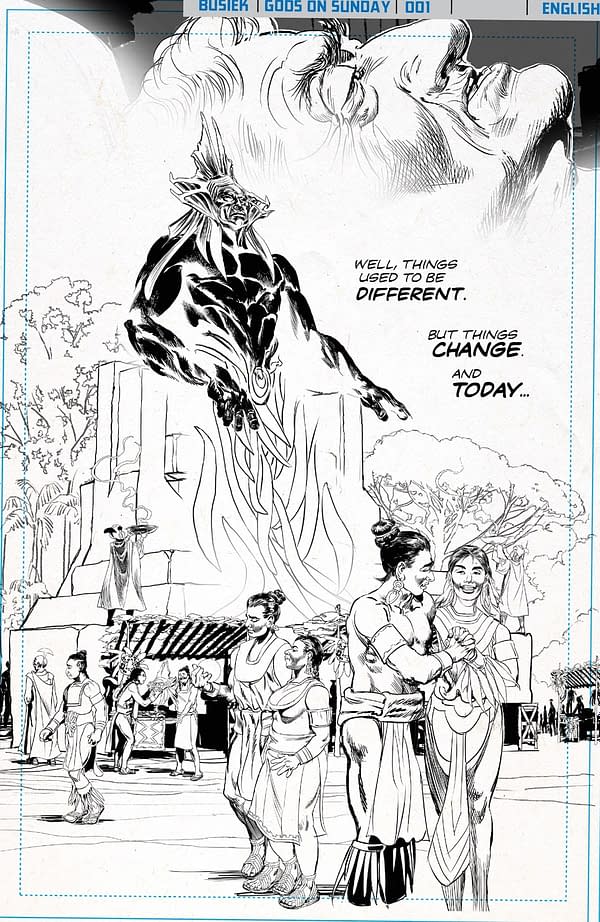 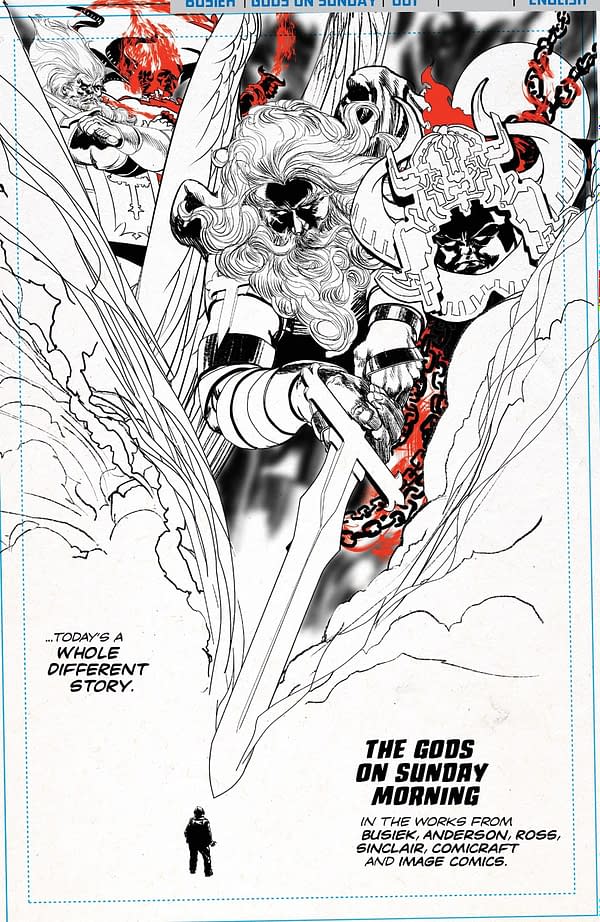