World of Warcraft: A Starter Guide 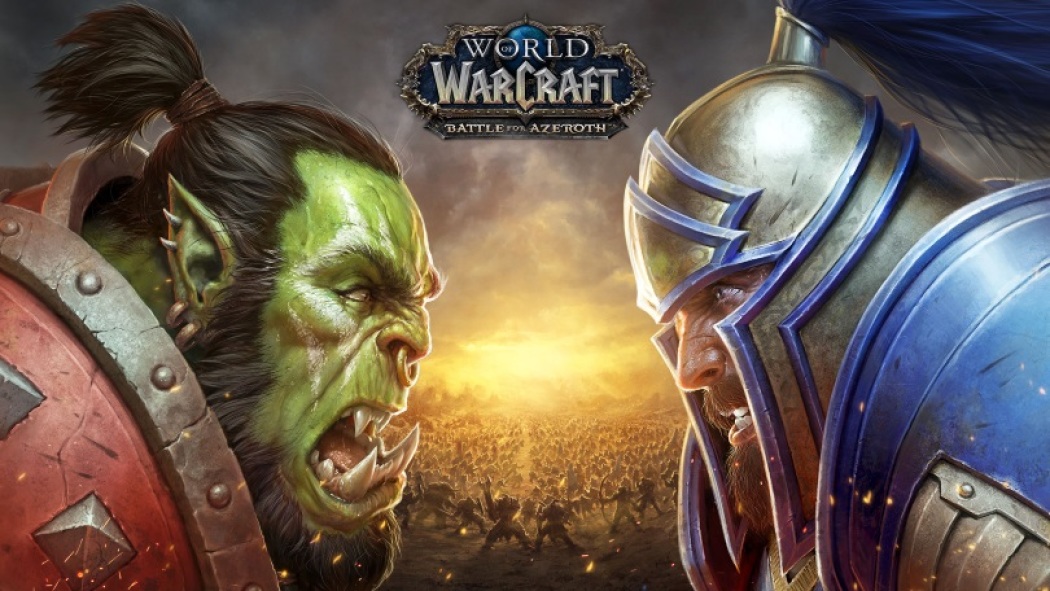 World of Warcraft is undoubtedly one of the best MMORPG games out there. Since its release in 2004, the game has seen major content expansions throughout the years, with the most recent expansion being the Battle for Azeroth. The upcoming expansion pack Shadowlands will make its debut next month.

In case you have played the game before and are making a return to the world of Azeroth, then you shouldn’t have any problem familiarizing yourself with the new gameplay elements. However, WoW is a complex MMO game, and it may seem quite intimidating to new players.

Before you jump into the game, you should definitely check out this starter guide to World of Warcraft. It will give you a general idea of what to expect from the game as you start playing.

The first time you enter the game, you will be prompted to create your in-game avatar. You must also choose a race that determines your allegiance to a particular faction (either Alliance or Horde). Although there is a very slight variance of stats between the races, you can pick up whatever feels best to you. As you level up, the stats will become negligible anyways.

When it comes to choosing a class, you can go for either damage dealers or tanks or healers. There are twelve playable classes in the game, including Warrior, Paladin, Hunter, Rogue, Priest, Shaman, Mage, Warlock, Monk, Druid, Demon Hunter, and Death Knight. As you can play with up to ten characters per server, you can switch between your preferred classes and decide then. When you reach higher levels, you acquire a few important skills on the way. Play as whatever suits you and your playstyle.

The default game controls are quite easy to understand. You can customize the keyboard shortcuts and action bars to your preference later down the road, but the basic control scheme is more than enough to get the job done.

You can use the WASD to control your character and use the number keys above it to activate your abilities and spells. You can also press and hold the mouse buttons to move your characters and pan the camera around you. You can scroll the mouse wheel to zoom in and out. Right-click the NPCs to interact with them.

You can check the Action Bar below the screen to check which abilities you can trigger. Every slot on the Action Bar is mapped to a particular key on your keyboard. Pressing the key corresponding to the action will trigger it.

In addition, you can press ‘P’ on your keyboard to bring up the Spellbook. From there, you will be able to drag skills and abilities to the Action Bar for quick access, as well as keep track of your spells.

When you use an ability, it depletes resources from your character. For example, if you play as Mage and use a spell, it will cost the character a resource named Mana. Every time you cast a spell that costs Mana, your character will soon run out of the mentioned resource. Then you will have to wait for the Mana to get replenished.

Another example of a resource is Energy, which is used by Rogues. It has a quicker replenish time, but it also runs out quite fast. The same goes for Rage, which is used by Warriors for their special attacks. Warriors have certain abilities that they can use to replenish Rage as well.

As mentioned previously, you should play as different classes to learn about their resource types and adopt distinct playstyles.

Once you begin your journey in the starting zone, you will find dozens of non-player characters nearby with yellow exclamation marks (!) above their heads. You can right-click on the characters to interact and talk with them. They will possibly grant you one or several quests at a time. Accepting the quests will add it to your characters’ Quest Log.

You can press the ‘M’ key on your keyboard to open up your map. The active quests should appear on it. You can track a quest on your minimap by clicking it, and you should see a compass that indicates the closest quest objective.

After you complete all the objectives of a quest, check the quest description to see whether you have to return to the quest giver. Often times, you will be required to go back to the character or travel off somewhere else for a new quest.

As you level up your character and make some progress, you will be given quests that are far off in new lands. In such cases, it’s essential that you use the map to make your way to a specific destination. You can also shrink the map and use it as a minimap while you move.

Almost every major settlement is linked with each other via flight paths. You can talk to a Flight Master and travel between two places connected to the same flight path. It will cost you a small fee, but it saves you a lot of time. If you want to cross the water between Azeroth, Kalimdor, and Northrend, then you can get on a regular ferry from the ports. Other ways of traveling include Goblin Zeppelins, Portals, and Mounts.

While you travel across lands, you will bump into capital cities. In case you are carrying a lot of loot, you can deposit it to the nearest Bank. You can then always have more space to spare.

You should also pay a visit to the nearest Vendor and trade your loot for a valuable item that you need. In some cases, you may carry items that are basically useless to you or other players, but it’s something the Vendors can use.

If you are looking to upgrade your gear, visit Auction Houses to buy and sell items with NPCs and other players. You can also give Gold to another player in exchange for rare items or services.

Speaking of Gold, you will need a lot of it to not only upgrade your gear but also make valuable item purchases via Vendors or Auction Houses. Soon enough, you will be tired of the grind for Gold, especially when you need a special item that is important to you. If you are playing WoW Classic, then you can buy WoW Classic Gold with real-world currency from websites that offer WoW Classic Gold. It will save you hours of quest grinds and save you from the hassle of crafting and trading profession items with other players.

If your friends also play World of Warcraft, you can invite them to play Group quests and defeat mobs stronger than usual. Assuming that your friends are in the same server and faction as you, simply right-click their profile and invite them to join the Group quest. A Group quest can be completed with up to five players at a time, and they will also share the quest credit.

Once you are level 15, you get access to the Dungeon Finder. You can either matchmake with other players or invite or friends. Each player is given a specific role. In case you are wondering, a group can have one Tank, one Healer, and three Damage Dealers. It takes cooperation, strategy, and solid teamwork to defeat the elites and bosses in certain dungeons, so make sure to bring the best players to your group.

When you are bored with the PvE gameplay, consider trying out the PvP content offered by WoW. You can go to the Arena and fight against other players alone or with your friends, engaging in intense and competitive PvP battles.

You may also join a Guild and invite your friends to it in case you are planning to travel across lands and complete quests together. You can then have a shared Guild bank for stashing loots and resources, which can be used by all the members.

That’s pretty much everything you need to know for starting your new journey in World of Warcraft. As you spend more hours into the game, you will learn the other aspects of WoW on your own. The in-game guides will also help you out in case you are unsure about something.

There’s very little evidence for blockchain, it turns out

Reasons to Use Behavioral Assessment Test for Recruitment