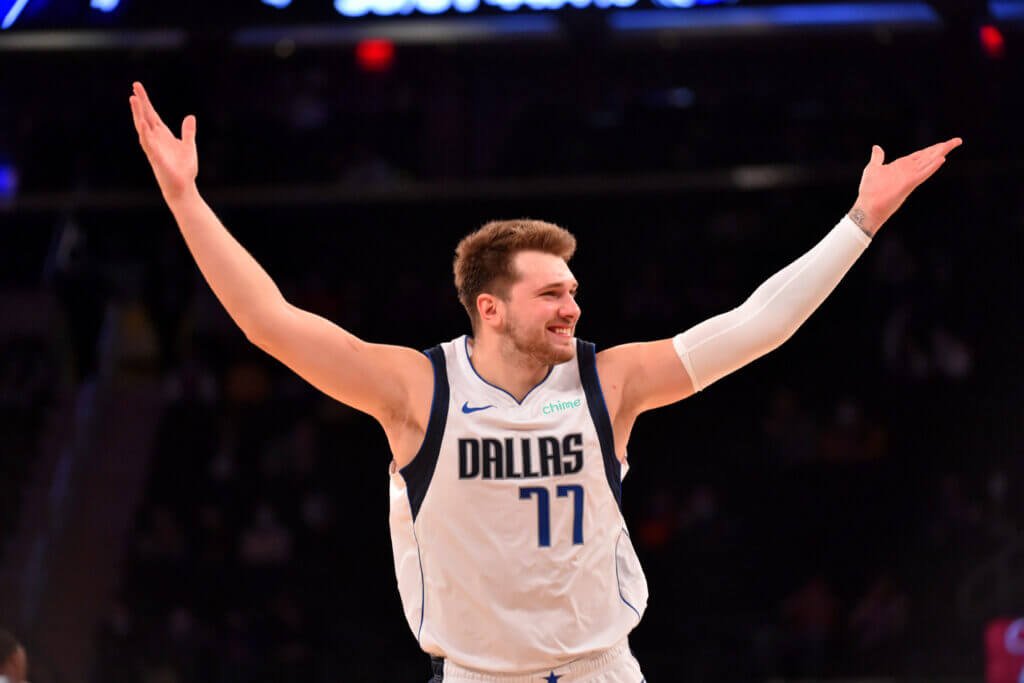 The Dallas Mavericks were playing the Memphis Grizzlies. There were 1.8 seconds remaining on the clock when Luka Doncic caught an inbound pass on the left-wing and took his opportunity. Doncic stumbled, but he never wavered, releasing his shot from mere inches behind the 3-point line and watching as the ball splashed with precision into the net, giving his team the game at 114-113.

This would be an improbable story if it happened to anyone. For Doncic, though, these kinds of seemingly lucky shots are almost normal. Even Doncic was “surprised” when the ball made contact and his team won. That begs the question, is Doncic just lucky, or is there something else going on?

Who Is Luka Doncic?

Luka Doncic has always had a passion for basketball and was already in recruiters’ sightlines by the age of 15. As an adult, Doncic only joined the NBA in the 2018-19 season, but he’s already made a name for himself, thanks in large part to his improbable, game-changing shots. According to ESPN, the shot that won his team’s most recent game was the fourth go-ahead or tying 3-pointer Doncic has sunk in the final five seconds of the game in his short career. He is one of only two NBA players to boast multiple winning buzzer-beaters in the past two seasons.

Set Up For Success

From his basketball shoes to his ongoing training, Doncic never misses a single detail when it comes to upping his game. His commitment to setting himself up for success helps to explain his buzzer-beating streak, but there are plenty of amazing NBA players who can only look on in envy at Doncic’s record. His 40% success rate at sinking tying or go-ahead shots is even higher than big-name clutch stars like LeBron James. There must be something more going on beneath the surface.

Teammates and Competitors Expect a Miracle

Anyone who has seen Doncic in action has almost come to expect these miracle shots. It’s not just his repeated successes pulling his team back from the brink of defeat on the court that has contributed to other players’ and coaches’ confidence, either. Even during practices, Doncic is known for hitting incredibly difficult shots even when he’s just shooting around.

Willingness to Take a Chance

When Doncic sees his opening, he takes it. This prolific buzzer-breaker knows that he won’t hit 100% of his shots. According to Doncic himself, sometimes people make the shots, and sometimes they don’t. When he sees that his team needs a miracle shot, he goes for it. Doncic sees all the possibilities, instantly evaluates the situation from every angle, and believes in the improbable. Instead of fearing failure, he draws off the confidence of his teammates and sees himself succeeding, and then he does.

A Bright Future for Doncic and the Mavs

Anyone who ever saw Doncic play as a kid knew that he was slated for greatness. They just didn’t know how fast Doncic’s rise to fame and success would happen. Now, many of the same people who doubted whether he had it in him to succeed in the NBA are comparing him to Magic Johnson and feeding the hype. The thing is, with Doncic’s impressive early start, basketball fans have every reason to buy into it. Perhaps some degree of his success can be attributed to luck, but Doncic clearly has all the makings of an NBA all-star: dedication, confidence, skill, and the willingness to take a chance.